Street markets in Ecatepec are suspended 1 day a week

A Barter Market in Times of Pandemic

A Moral Compass During Immoral Times

In the midst of insecurity, good people become the last line of defense for communities that are overwhelmed by crime

A Moral Compass During Immoral Times 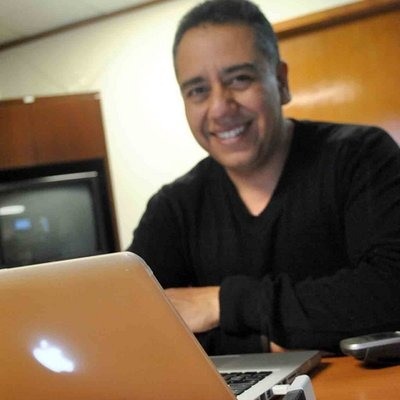 
A Moral Compass During Immoral Times

Mexicans live in dire times, caused by factors generated within our own society, although those that come from abroad also influence and, to top it off, those provided by SARS-CoV-2, a virus that causes the disease of COVID-19 and that for now, it keeps us on the threshold of confinement.

Coupled with the great concern we feel about the insecurity that prevails in many regions of the Mexican Republic, there is the uneasiness caused by the global and historical pandemic that changed the way we live and perceive reality. At the same time that we try to avoid the microscopic threat that impacts our health, we circumvent the criminal lead that is shot daily by criminals who have already made our national territory their sanctuary of death and terror.

The scenario is not friendly at all, especially for those citizens who try to develop their lives constructively and seeking their own good and that of third parties, because they face those who profit from terror and continue to gain ground by making money and power, through criminal activities that until now seem to have no restraint.

It seems that the spirit of justice is distracted in relation to Mexicans, who every day we can witness, if not fall as victims, the commission of acts contrary to the law that harm the well-being of citizens, while governments federal, state and municipal, those who have a monopoly to exercise law and prevention, seem undaunted by the frequent attacks that occur in various regions of the country, most motivated by organizations that traffic drugs and, lately, people and weapons.

What is left to people who do not receive protection and justice? Continue to endure as far as they can withstand the wave of violence? Tolerate government passivity? Take public safety into their own hands? It is a difficult prospect.

What I sincerely believe is that a sense of morality that becomes the last line of defense of communities burdened by criminality must prevail among good people, ordinary citizens, families who want peace, well-being, and development. Maintaining a decent way of living, one where, instead of destroying, one builds and helps others with the will to improve things, it seems to be already the trench in which we are crouching and from where we seek to rescue public spaces in that we now feel threatened.

This healthy way of living, which is developed by many Mexicans who want something better for their families and themselves, is more frequent than we think, we all know honorable people who become examples of how to live without hurting others. On the contrary, they seek to promote values ​​such as loyalty, solidarity, empathy, and all that moral attitude that builds better human beings.

Given the accumulation of events that we witness daily or that are reported to us by the media, it seems that we have no hope, that we are against the wall, that forces fail us to sustain a situation that already feels absurd as if we lived within a novel or movie where the protagonist is devastation. The panorama, needless to say, is not exactly encouraging. A sample of what we are facing is what happened just last July 1 in Irapuato, Guanajuato, one of the Mexican entities most punished at the moment by violence, when a command entered the facilities of a rehabilitation center and killed 24 people, while seven others were injured by a bullet.

This multi-homicide makes very clear the scope of the criminal organizations that operate in the country, those that have no limit on what they want and can do; for example, on October 4, 2019, they were able to ambush police officers from Michoacán, in the town of Aguililla, to kill 13 officers.

Eight months later, now in the state of Guerrero, another attack against police elements left six officers dead and five wounded in a section of the Texco-Amacuzac highway, near the community of El Gavilán in the Municipality of Taxco de Alarcón.

Therefore, the people who remain firm in their good intentions are precisely those who sustain us in these times of great tribulation, even some within the spheres of government, because we cannot think that all those who work as officials seek only their personal benefit and not that of the community in which they live.

Violence, under no circumstances, should become normal. That is why it is important to recognize citizens who, despite the daily adversities they suffer, maintain a sense of justice and morality that underpins our society in the midst of the chaos caused by criminality. There are extreme challenges that we face every day and there are those who, from the citizen sphere or from the bureaucracy, face the attacks of corruption or the threat to stay on the moral line, to which they cling and serve as a guide for those who we feel lost, remember that there is a path, even if it is winding, that leads us to justice.

As citizens, we must bravely confront official corruption and criminality, however difficult it may be; of course, as far as possible, with the moral weapons that we have, together with the official bodies that prove their desire to combat the rotten that is in the system. Perhaps if we support each other, we can move forward rather than backward, as it seems to be right now.

Those values, that courage and the guidelines for a path towards a just society where the law is applied and security prevails should be an example for our contemporaries, but also for the new generations, where the weight of hope lies in achieving better conditions for everyone in our country. It seems difficult, but not impossible.

Martin Orquiz Journalist in Ciudad Juárez, from where he has published for the newspaper El Fronterizo, El Diario de Juárez, Newsweek and La Verdad. He has worked as a reporter, information coordinator, and editor. He is a communicology from the Autonomous University of Chihuahua and has a master's degree in journalism from the University of Texas at El Paso. He received the María Moors Cabot Award 2011 - in the team with the writing of El Diario de Juárez -, he is also co-author of the collective book ‘You and I agree on a terrible night’.

From north to south