VERIFIED: The mayoress mayor of Morena in Metepec was the first case of coronavirus in that municipality that governs according to official records … and fell silent

Gabriela Gamboa Sánchez, municipal president of Metepec, was the first officially confirmed case of COVID19 in Metepec, after a lightning trip to Spain (it is officially unknown for what), where she contracted the SARS-CoV-2, then returned to the town that rules and infected it.

The list of patients who have undergone the COVID19 test in the State of Mexico, since the health contingency was declared, (whose copy is owned by TheObserverMex) confirms that the number 67 record corresponds to Gabriela Gamboa Sánchez, municipal president of Metepec, who tested positive but decided together with her administration, to keep it “secret”, despite the mortal risk for third parties and the population of the small municipality that she governs, with only 246,055 inhabitants.

The list with the registration of patients since the pandemic was declared in Mexico, not only confirms the rumors about the contagion of the panista-morenista mayor in Spain (since the document records the probable origin of the place of contagion), but also irresponsibility of the mayor and her team when deciding to keep it secret and even deny it, or qualify it as a “journalist gossip” (as Daniel Beltrán, her head of social communication, declared to various reporters), unlike the country's governors infected by a coronavirus, who immediately admitted it, disseminated it in networks and protected themselves from public life.

The mayor's possible reason for continuing her “normal” life is that she was “asymptomatic”, that is, she did not suffer from the typical symptoms of the coronavirus, such as 40-degree fevers and severe pain in the throat and body, but she was a carrier of the virus and a mobile epicenter for its spread, as confirmed by an expert consulted by this Portal.

The list whose copy TheObserverMex has, contains personal data of all patients in the State of Mexico, to whom the health authorities have carried out the COVID19 test, and additional data related to the disease such as the date of collection of the sample, the date on which it were obtained the results and notification to the patients, "entitlement", another section of "signs and symptoms" (in which only "yes" or "no" is marked); the “notifying authority”, the laboratory responsible for analyzing the sample, date of the result and date of the notification; the status of the case; country of origin (where it is confirmed that the first cases were imported, such as that of the mayor) and "number of contacts (that is, possible contagions)", in addition to a section for "observations".

In the case of the mayor of Metepec, whose record was established with number 67 of the entire list of the State of Mexico with a cut to April 28, the results of the exams that were carried out on March 13 were positive, even appearing marked in red, unlike the results that are “negative” and that are marked in the corresponding box with green color. Suspects are marked with the word “pending” and with a yellow box. Her record includes full name, age (49 years); date of the results the same day, that is to say, March 13 and notification the day after. Furthermore, “Spain” was established as a place of origin.

According to the document, and the traces that Gabriela Gamboa left of her social and political activity after her return from Spain, on March 13, the same day that the COVID19 test was carried out, she headed a council without any protection as observed in photos that she spread on her social networks, while a day later, various media outlets released photos of the meeting with leaders and mayors of Morena, in which she is also not seen with any protection, but was already a carrier of the virus.

The date of the council coincides with the taking of the examination sample, that is, Gabriela Gamboa, at least had indications or suspicions of having acquired the disease. The mayor contracted the disease in Spain, where she traveled days before, to allegedly promote the festival that takes place every year in the municipality. The photos of her in Spain are also public and are dated between March 10 and 11.

But perhaps the most important fact provided by official documents, particularly the list of people who have undergone the COVID19 test in the State of Mexico since the pandemic began, is that the municipal president of Metepec was the first case officially confirmed in that little town.

Subsequently, until March 12, the COVID19 test was performed on a 52-year-old man who tested positive and was registered with number 52 on the list, all from Metepec. The following day, on March 13, the exam was carried out on the municipal president of Metepec, Gabriela Gamboa, who tested positive. The first case in that jurisdiction was confirmed and was imported.

After Gaby Gamboa, as she likes to be called for political marketing, 31 other people based in Metepec, from March 14 to 22, underwent the COVID19 examination, but the second positive case, also imported from Italy, France, it was that of a 24-year-old man (registered number 189 on the list) and the third, that of another man (number 206 on the general list), 46 years old, who came from the United States. Only after the fourth confirmed case of coronavirus in Metepec, corresponding to a 67-year-old man, COVID19, was it no longer imported in that jurisdiction. This man, according to the general list of examinees, required hospitalization and was intubated. He probably passed away. He received confirmation (patient number 216) on March 21 at IMSS Hospital 251.

After Gaby Gamboa learned that she had a coronavirus, despite keeping it a secret, the fear spread in her close circle, since at least her closest friend, collaborator and former bench partner, today secretary of the city council, Raymundo Corroviñas, also from the PAN , ran to take the COVID19 exam, since it appears on the list with the number 151, dated March 19.

The results of the registration of Gabriela Gamboa when examined by OCVID19, indicate that the mayor was positive but "asymptomatic", that is to say, she had no symptoms, which does not mean that she was not a propagator of the virus, as experts from the World Organization have pointed out, because even in these cases isolation and quarantine must be maintained. "It is possible that there are minor disease spreaders that are fueling a kind of community outbreak and are not going to the hospital because they do not feel so bad," said recently Ralph Baric, professor of microbiology and immunology at the Gillings School of Global Public Health at the University of North Carolina at Chapel Hill.

In this regard, the specialist, practicing clinical doctor, as well as a criminologist, Mauricio Cisneros Aceves, assured that "asymptomatic" patients are potentially contagious, regardless of whether they feel well or have mild symptoms. This not only in the case of the coronavirus but of any other similar disease.

Consulted by TheObserverMex, the expert reported that these patients, who are also known as "subclinical", for not reporting typical clinical data of the disease, should maintain the same treatment: be completely isolated or quarantined, to avoid contagion to other people.


As far as we know, the mayor at least on the same day that she was notified continued to carry out normal activities and on April 1, she held a meeting with Delfina Gómez, with whom she is seen in the center of Metepec, giving support to the people.

What we will never know is how many more people the mayor of Metepec will have infected, what is certain is that since the result was confirmed and keeping it a secret, she launched network campaigns giving massive advice to the population so that they stay home and avoid the spread of the virus, she even ordered to record a video acted to personify "Susanadistancia", something that apparently does not know how to practice. 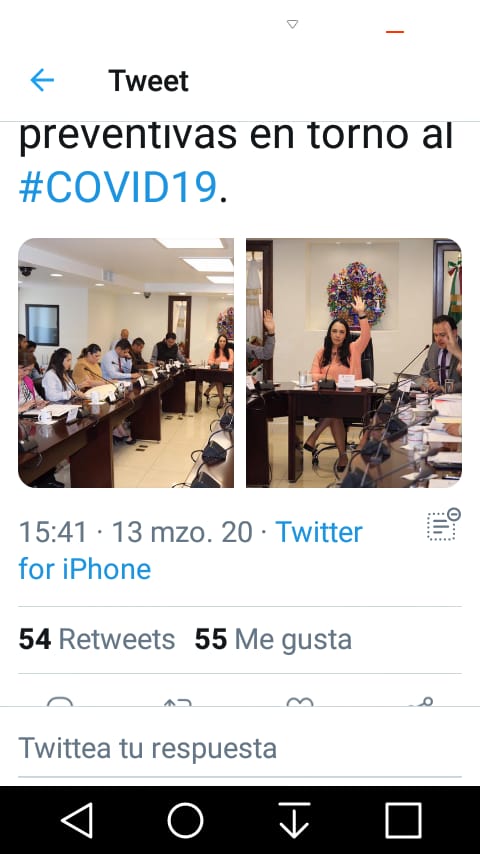 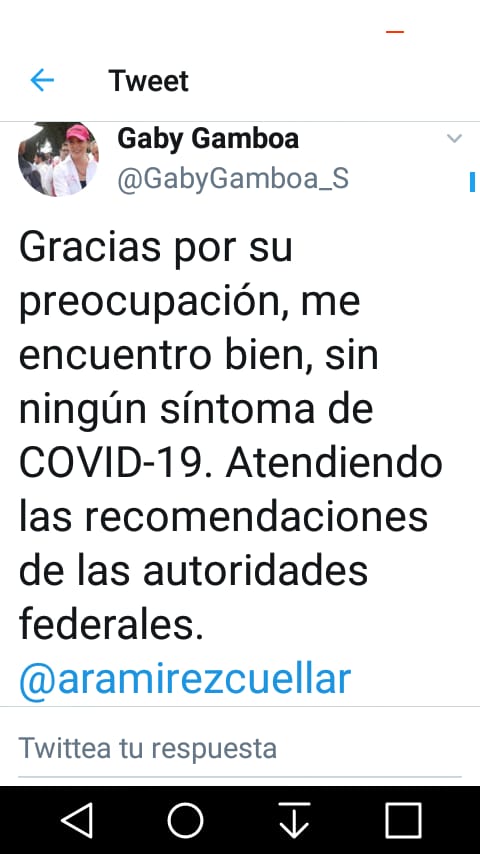 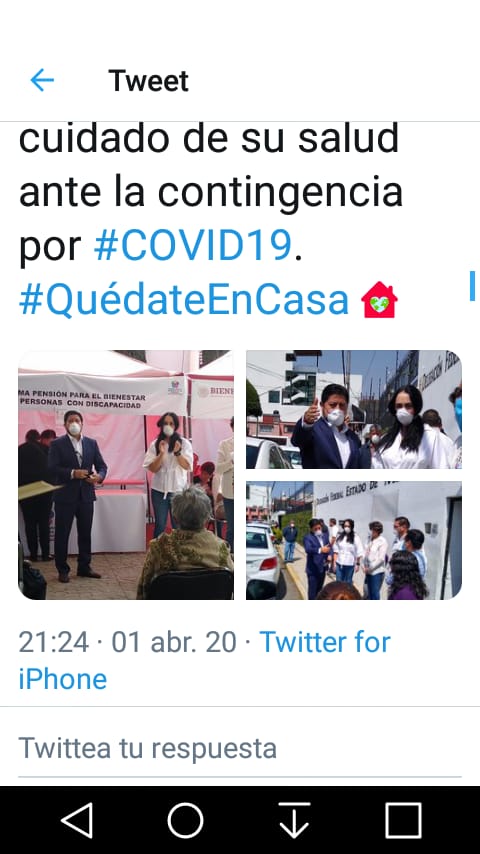 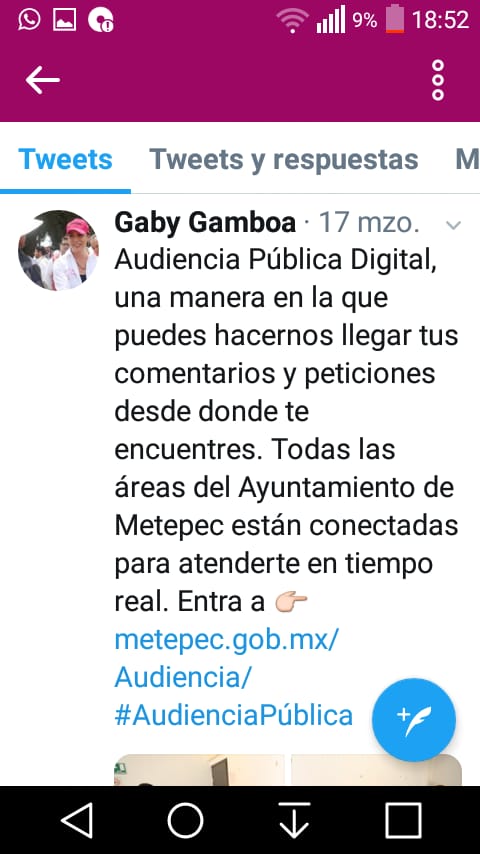 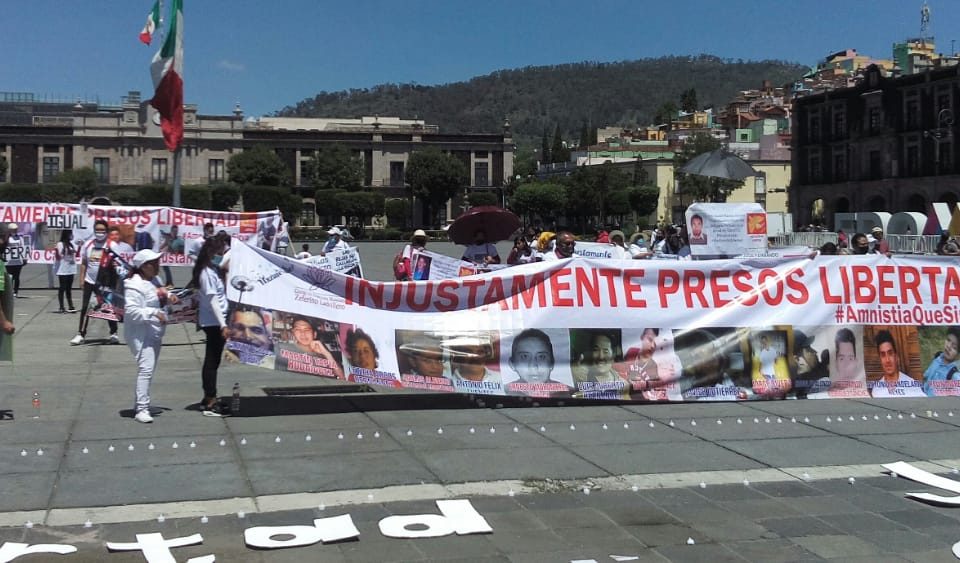 Thousands of unjustly imprisoned people crowd the jails in Edomex 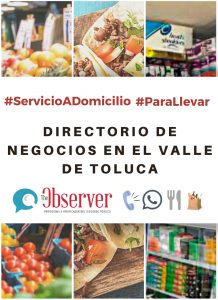 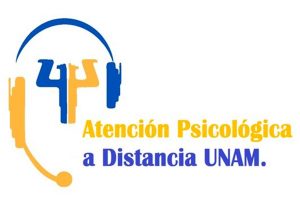